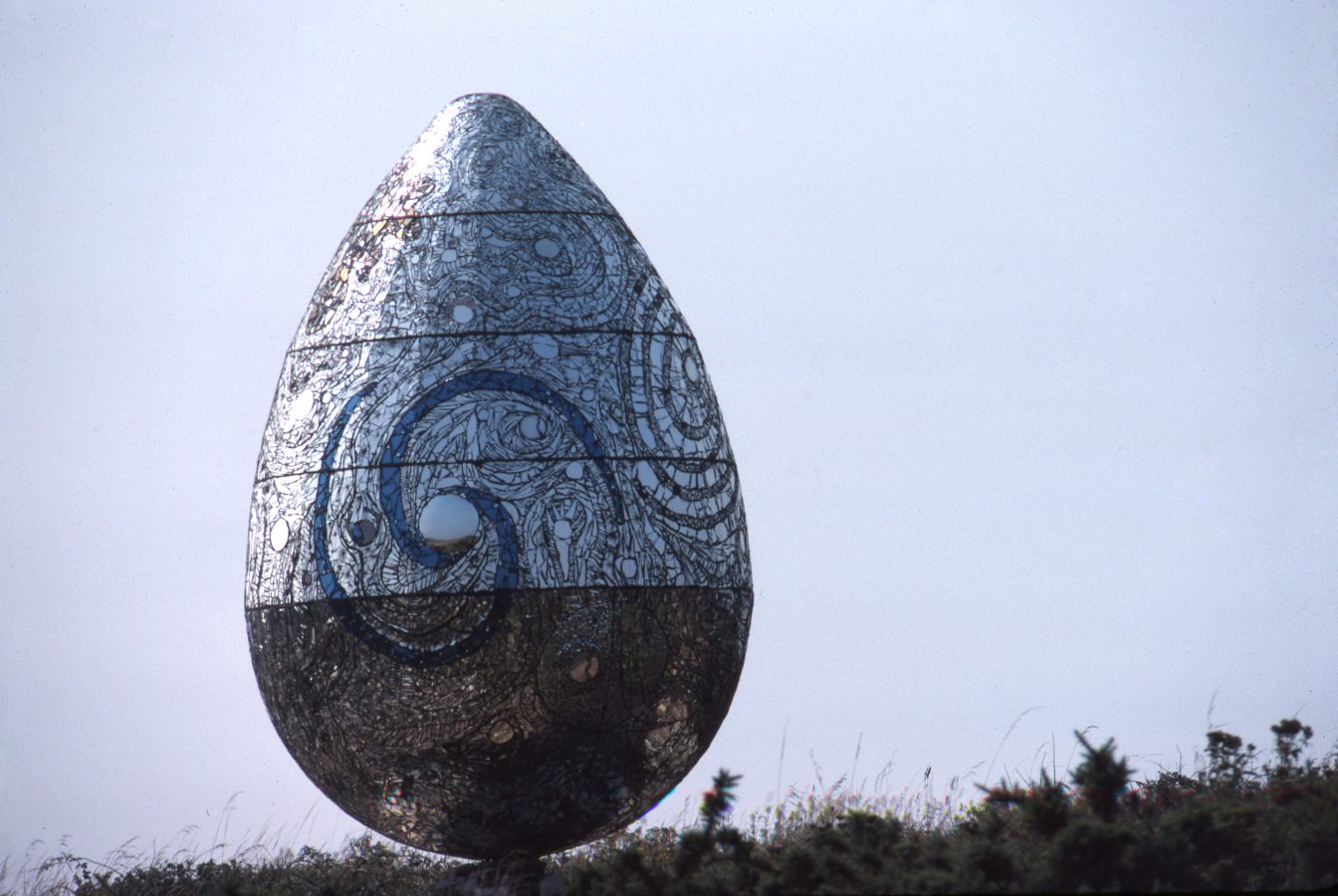 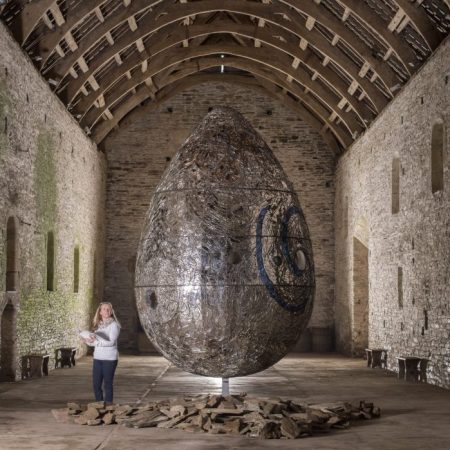 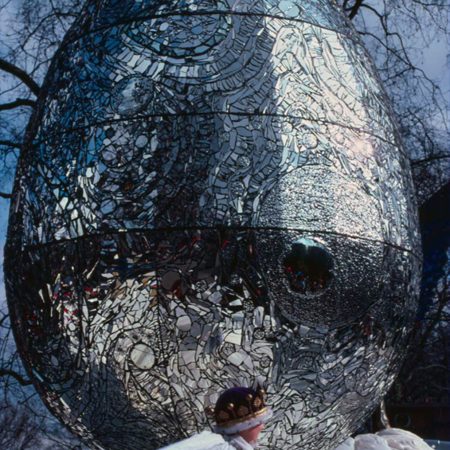 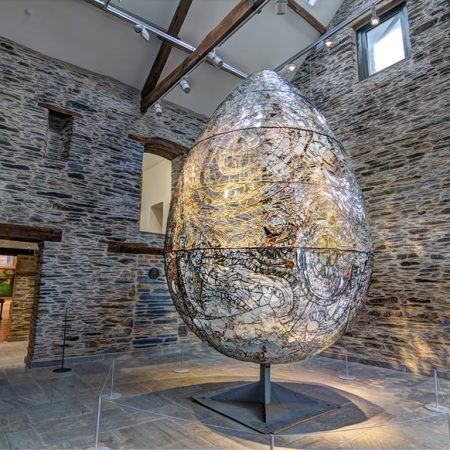 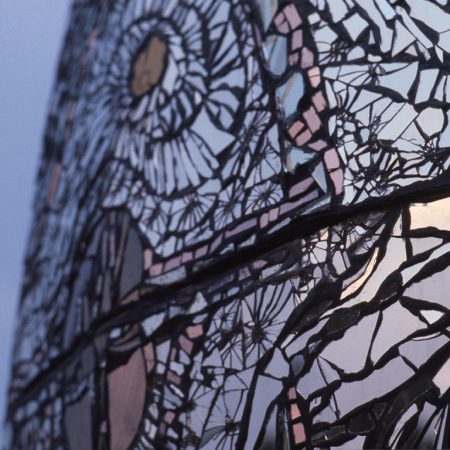 “Freestanding three-dimensional sculpture created in the wake of Andrew Logan’s first visit to India, it strongly references Indian cultures and mythologies. It was commissioned by the Greater London Council to represent ‘peace’ for their annual Easter Parade in Battersea Park. His first visit to India and immersion in its cultures and mythologies had an enormous impact on Andrew’s creative direction. The promise and celebration of the birth of life, peace and harmony represented by the egg form meant that an egg was an opposite symbol for the event. It was a form that could encompass the spiritual and mental world:
the guiding forces in human nature, and the excitement of space. The egg is a universal symbol of the life principle, and the mirrored shell represents cosmic time and space swirling to reflect the world today – Logan describes the Cosmic Egg as a black hole sucking in all images around it. The making process was arduous. Working from a 9-inch maquette, a team of 3 – Logan, his brother Richard, and a GLC Works Department Carpenter – brought the 12 feet high Cosmic Egg into being. The largest section was 8 feet wide and 3 feet deep, each was ribbed, with a thin plywood skin tacked in place. These were fitted together using a pegging system, the lowest being fixed onto a metal pole and plate, which was in turn fixed to the installation site. Working in freezing conditions in a loading bay, Logan and his brother Richard applied a panoply of galaxies, spirals, ellipses, and irregular supernovas over the wooden skin, in mirror, glass and resin. Work gathered momentum over those three weeks; on such a large scale it was possible to see the form change and come to life, ‘emerging from the void’.” – Ruthin Craft Centre

Made of polystyrene, resin, glass and glitter.

The 2004 version at the American Visionary Art museum in Baltimore, MD, USA is 244 cm (h) x 122 cm (d). The 2005 versions are housed in the foyers of P&O Arcadia Cruises. The original can be found at the Andrew Logan Museum of Sculpture.