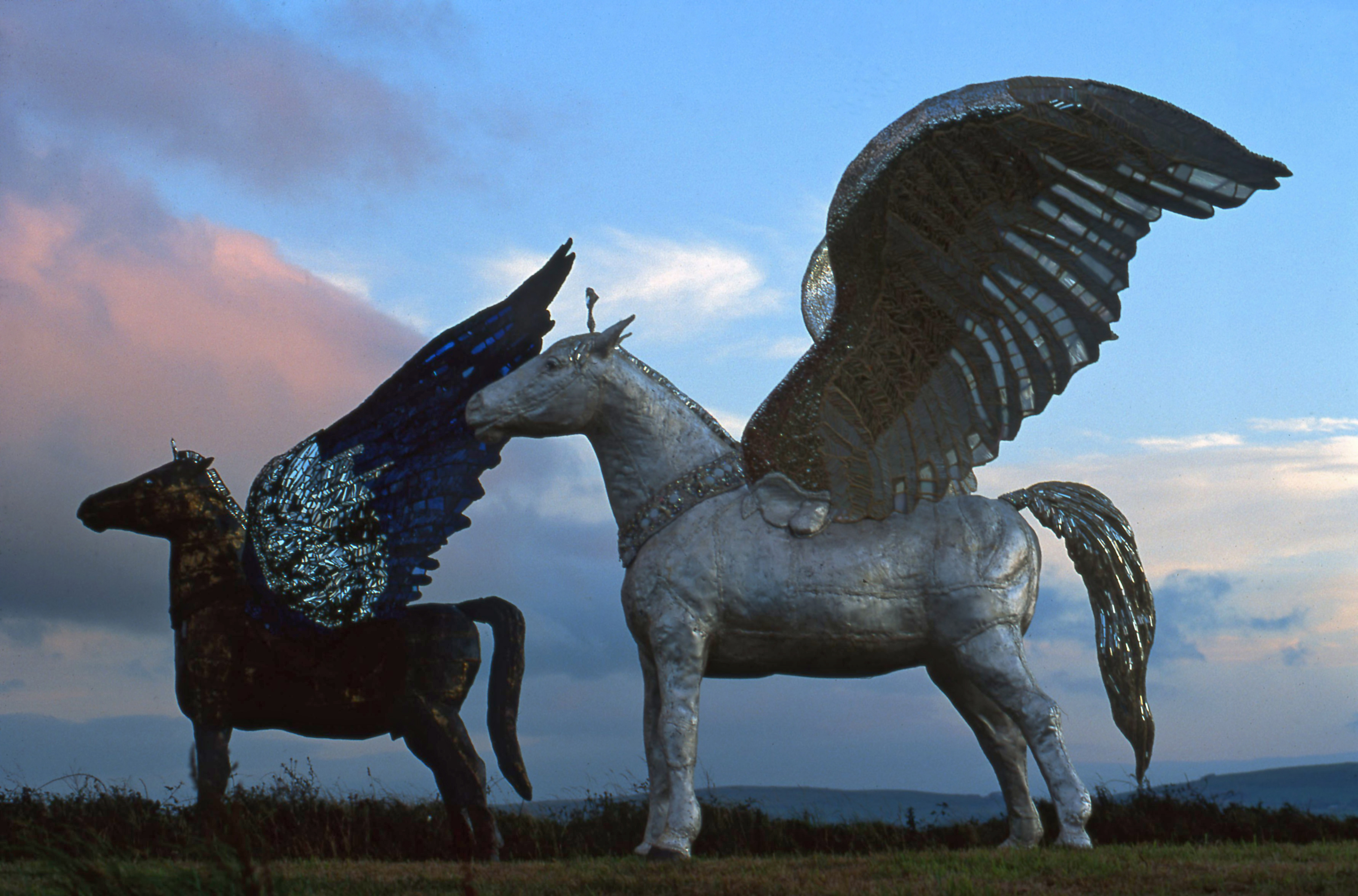 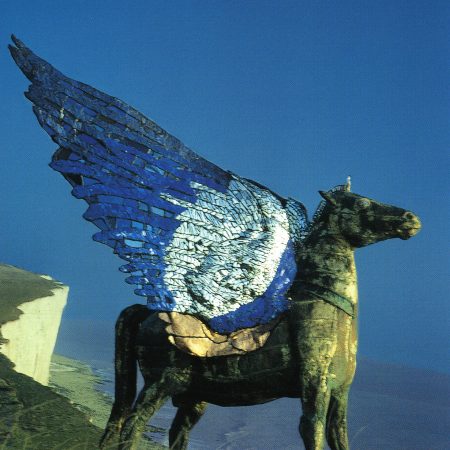 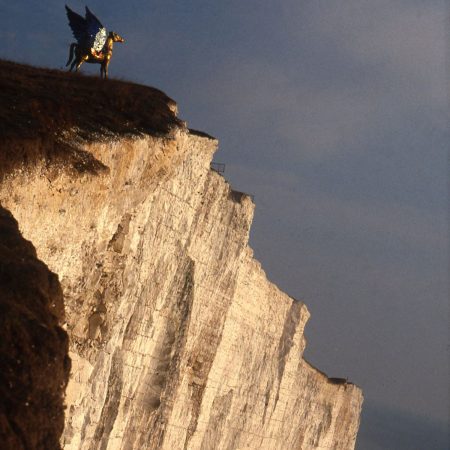 “Andrew first conceived the idea of making a Pegasus as a child of 11. Obsessed with Greek and Roman myth, his imagination was fired by the tale of the winged white horse that sprang from the severed neck of the Gorgon, slain by hero Perseus. In creating Pegasus, Logan has often stated that during the making process, he felt he was merely a tool, that Pegasus symbolised a bridge between the physical and spiritual world, and that the winged horse and his message of hope belonged to the world. The visual impetus from which Logan’s Pegasus developed was the horses over the entrance to San Marco in Venice, which for Logan are some of the most powerful examples of monumental equine sculptures to survive from antiquity. Pegasus’ wings are also inspired by the dynamism and fluidity of Albrecht Durer’s watercolour and gouache entitled Wing of a Roller (1512). His very first Pegasus in 1980, was built in six weeks and presented at the London premiere of the Alternative Miss World film, then paraded through Chelsea, Knightsbridge and Fulham. At least one new Pegasus has been created in each decade since.” – Ruthin Craft Centre.

Made of fibreglass, glass, glitter, and resin.